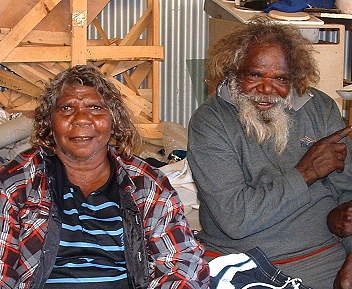 Biography
Mary Brown Napangati was born circa 1953 in a bush camp at a locality called Lapi Lapi on the Northern Territory/Western Australian boarder, south west of Yuendumu in Central Australia.

Mary lived a traditional lifestyle growing up and at a very young age was introduced to gathering bush tucker, bush medicine and craft and bead work used for traditional ceremonies. She was also exposed to the cultural knowledge and dreamtime stories of her country.

Mary first began painting in the early 1990's, at first sporadically as there was no art centre where she lived.
By 2005, she was painting for Warlukurlangu Artists Aboriginal Corporation in Yuendumu and since that time has produced bodies of work with much more frequency and to much acclaim.

The central themes of Mary's paintings include traditional women's ceremonies and Tjukurrpa stories which relate to the lands around her homeland, those of her own country. Mary utilises characteristic iconography, and employs an array of vibrant, non-traditional colour, which has eabled her to develop a fresh contemporary style and modern interpretation of Tjukurrpa. Mary is married to the celebrated Western Desert artist, Ronnie Tjampitjinpa.

We will process the personal data you have supplied to communicate with you in accordance with our Privacy Policy. You can unsubscribe or change your preferences at any time by clicking the link in our emails.